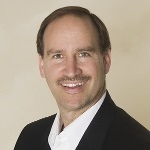 Matt joined Mackey & Mackey in 1996 and has since expanded his insurance “appetite” to include Personal lines of insurance as well as Commercial. He is primarily located in Mackey & Mackey’s Morro Bay office.

Matt and his wife Theresa were married in 1986 and are both active in their local community. Matt is a Rotary International Paul Harris Fellow, a Director of the Michael Young/Lupe Sanchez Youth Foundation, a past director of the Morro Bay Chamber of Commerce, and a Long Term Care Ombudsman of SLO County & Camp Ocean Pines.